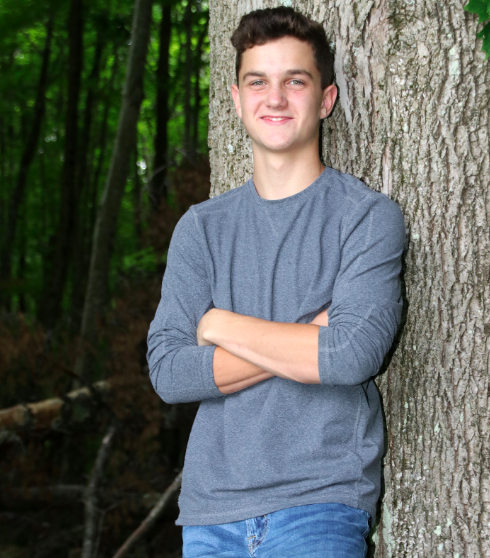 Mr. Ferrero and Mrs. St. Clair would like to recognize Coleman Watson. Coleman has been an outstanding three season athlete. He moved from defense to offense through his 4 years on the soccer team, becoming a scoring machine, he helped to lead the hockey team as a captain, and was a member of the baseball team when he wasn’t recovering from one of his many injuries from being aggressive during soccer or hockey!  Coleman is also very enthusiastic about the outdoors. He shared numerous stories and photos from his adventures hunting and fishing. Our advisee group was able to enjoy 2 amazing ADO’s at Coleman’s home tubing and enjoying the lake and our time together.  Best of luck next year at Farmington!

Mrs. Guillemette would also like to recognize Coleman. I have been lucky to have had Coleman Watson as a student both as a junior and as a senior. Coleman is a strong and dedicated student, but more importantly, is that he is a dedicated member of his community who values his family and relationships. His strongest writing has been personal narratives about his relationship with his grandfather. This year, I have seen this understanding and value translate to his role as a captain for the hockey team. Hearing Coleman talk about spending time with his grandfather, or the seriousness with which he talks about his role in shaping a team, it becomes clear that one of Coleman’s greatest strengths is his understanding of people and the value he places on relationships and community.