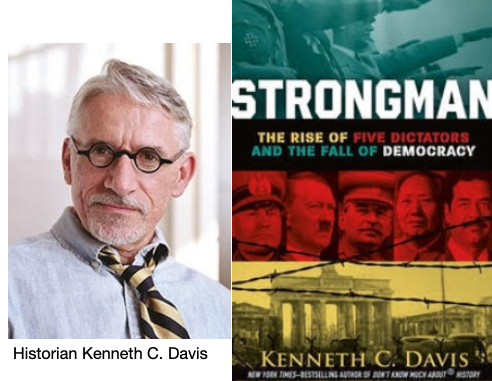 This event is for students, but open to anyone in our community to attend free of charge. What makes a country fall to a dictator? How do authoritarian leaders—strongmen capable of killing millions— amass their power? And what can we do to make sure it doesn’t happen again in a modern democracy?

Kenneth C. Davis will discuss his new book, STRONGMAN: The Rise of Five Dictators and the Fall of Democracy. Davis will investigate the rise of five of the most ruthless dictators in modern history— Benito Mussolini, Adolf Hitler, Joseph Stalin, Mao Zedong, and Saddam Hussein. While exploring these strongmen’s lives and the historical periods that shaped the leaders they became, Davis will illuminate common features in the “Strongman’s Playbook,” including propaganda, scapegoating enemies, extolling nationalism, and cultivating unquestioning loyalty among young people.